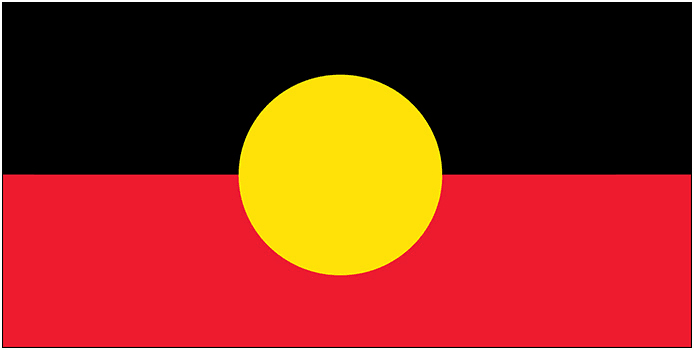 Australia is a land with a great diversity of languages. There were likely more than 250 distinct indigenous languages spoken by Aboriginal peoples in the 1780’s when Europeans began settling in Australia. There were no written records before Europeans arrived in Australia, so linguists—scholars who study languages— can only surmise the history of these languages by studying modern speakers. Linguists divide these 250 languages among 25 or more language families. By contrast, modern Europe has nearly as many languages, but most fall within just three main language families.

Aboriginal Australian languages are clearly related to one another, but linguists do not relate them to any other languages in the world. One Australian language family is much larger than the others. The regions in which languages of the Pama-Nyungan family are spoken cover about 90 percent of Australia. Linguists generally place over 150 languages into this family. The Pama-Nyungan languages with the most speakers include Tiwi, Walmatjari, Warlpiri, Aranda, Mabuyag, and Western-Desert. Australia’s other language families are mostly very small. Some of them consist of only one or two languages. Nearly all have fewer than 1,000 speakers and many are in danger of becoming extinct.

Aboriginal languages had a grammatical structure and a rich and complex vocabulary. In addition to everyday vocabularies (usually about 10,000 words), many languages also included specialised words. Specialised language forms were used in songs and rituals, in jokes, and in conversation between certain people. Many words describe aspects of the Dreamtime, a fundamental spiritual concept that connects traditional beliefs and practices among Aboriginal people of Australia.

Many Aboriginal words are still used today to describe the unique landforms, places, animals, and plants of Australia. For example, the British explorer James Cook first heard the word kangaroo in what is now Queensland in 1770. The word then spread to all parts of Australia. Other Aboriginal words that have become common include billabong (a small pool or lake), cooee (come here), boomerang (a weapon), and the legendary creatures bunyip and yowie. Many towns and cities in Australia have Aboriginal names, including Woomera (spear-thrower), Cooma (big lake), and Dubbo (red earth). Australia’s capital city, Canberra, is said to get its name from a Ngunnawai word meaning meeting place.

To discover more about Australian Aboriginal languages simply login to your World Book Online, or, if you’re not a subscriber, try it for a free trial via this link.